We all have different understandings of what it means to age. I recently asked some of my 20-year-old friends what they thought aging symbolized and received a bunch of blank expressions in response. Clearly, this wasn’t a topic they knew much about or discussed often. After taking a few minutes to think, they came up with “becoming older”, “maturing physically”, and “a process that occurs with time”. They had the right idea of aging in the traditional physical sense, but their responses resembled more a Googled, strung-together definition than an actual understanding.

This could very well be how a lot of the younger generation perceive aging, focusing on just the act of aging rather than the opportunity behind it. Once upon a time, aging was a gloomy reminder of nearing the end of life. It embodied weakness, disease, and infirmity—basically everything negative associated with old age. Let’s fast-forward to today, where aging presents the potential of a new chapter in life. It is no longer defined by a physical process, but is rather viewed through a broader lens to appreciate its flexibility and scope. Modern Aging’s theme this year of “Aging Unlimited” takes a step in this direction, by putting aging in the path of unlimited possibility.

It is easy to make assumptions about the aging population. Ask yourself: what distinguishes the older generation other than their age? Usually things like frailty and infirmity come to mind as their defining characteristics. We assume that because the elderly are more prone to sickness that they cannot travel, or because their muscles are more likely to atrophy that they are unable to play sports—both of which are completely untrue (read about this 70-year-old couple travelling the world and check out these 80-year-old athletes). Misjudgments from years of stereotyping are what give aging a bad name; this is what needs to be changed today.

Why do we need to talk about it? For a start, Singapore’s aging population is growing fast. We need to change the conversation around aging now to encourage the elderly view their own aging process with confidence, as something positive rather than negative; it should no longer be seen as an obstacle to a happy and healthy life. It is time to clear misperceptions and vagueness around the concept of aging; the first step to doing this is to get people talking about it.

The Modern Aging finale is just a few weeks away and is the perfect opportunity to prompt this much-needed dialogue around aging. You will have the chance to hear this year’s winning entrepreneurs share their dynamic ideas to revolutionize the aging process for Singapore’s elderly. This is relevant for all of us—whether we know someone that is aging, or is someone currently aging. Either way, aging is a critical part of our lives; it is something we will all go through at some stage. So, join us on Nov 24; be a part of the conversation on the future of aging in Singapore. 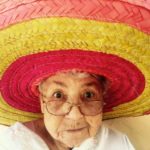 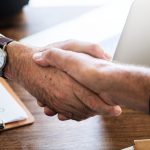 Designing for an Aging WorkforceUncategorized
X