Facilitating Die-logues for the End of Life

In one of his letters to Jean-Baptiste Le Roy, Benjamin Franklin famously wrote, “In this world nothing can be said to be certain, except death and taxes”. This line sardonically captures the bitter truth about death, one that many are still unable to accept. Perhaps this avoidance of death and other topics like end of life care explains the results of a 2014 survey in Singapore1 – it showed that only twenty seven percent of deaths in Singapore happen at home, despite close to eighty percent of respondents stating that they preferred to die at home. To challenge the cultural taboos surrounding death, a Modern Aging Mini Seminar on April 11, 2018 brought together four speakers to discuss how their businesses support individuals to prepare well for the end of their lives. Titled “Business and Innovation for the End of Life”, the seminar was held as part of a symposium “Purposeful Aging // Meaningful Endings: Art, Science and Innovation” at Yale-NUS College. The event was organized by Yale-NUS together with Modern Aging Singapore and Singapore Hospice Council.

The program kicked off with Goh Theng Kiat, Chief Marketing Officer of Group Consumer Financial Services at Oversea-Chinese Banking Corporation (OCBC) Bank, who highlighted how consumers aged fifty five and above are currently underserved by financial institutions. He also shared three key findings about this group of consumers from his company’s market research. Essentially, members of the silver community need more support in building emotional readiness for retirement rather than financial readiness and are not as financially conservative as we often perceive them to be. Many of them are also savvy with social media and consume digital entertainment.

Following that, Kat Neo, cofounder of Timeliss, shared about innovations in end of life planning. She observed that conversations about death and end of life planning are hard to initiate as there are many complex concerns to be addressed, which can be overwhelming for the individuals involved. As such, the way forward will be to create a cohesive network of end of life planning services. This way, individuals can stay informed and take action. Attendees were also challenged to reflect on how they can improve end of life planning and address challenges cited by Ms. Neo, such as the difficulty of ensuring successful intergenerational asset transfers.

Interesting perspectives were offered from Ang Jolie Mei, managing director of The Life Celebrant, an industry leader in personalized funeral services. Recounting her journey into the funeral industry, she described the challenges of being the only woman in a male dominated profession. Believing that “a funeral is not a day in a lifetime” but “a lifetime in a day”, Ms. Ang shared about the changes that she wanted to see in the funeral industry as well as how personalized funerals shape how individuals approach the end of their lives.

Finally, Melissa Chan, founder and chief executive officer of Project We Forgot, highlighted the struggles that caregivers to individuals with dementia face in obtaining caregiving information and support. This had inspired her to build a network of support and services, and create a community for caregivers to persons with dementia. Reflecting on how Project We Forget has evolved since its inception, she shares that some reasons for its success include that the team took time to understand the problem, connected and delivered on the level of their audiences, and pursued collaborations with partners in different sectors.

After the individual presentations had concluded, Candy Braithwaite, managing director of Biopharmax Singapore, moderated a short discussion between the four speakers. The panelists noted that the topics of dying and death were becoming less taboo and more widely discussed. Ms. Neo from Timeliss shared that her company had conducted a market validation survey and found out that most respondents were quite receptive to talking about dying. Concurring with Ms. Neo, Ms. Chan from Project We Forgot also shared that it is important to facilitate entry into conversations about death through a step by step guide. Having such conversations in casual settings can ease the discomfort of vital discussions about Advance Care Planning at the hospital bedside – in recent years, Advance Care Planning efforts have been shown to help family members understand a patient’s needs and wishes better, and improve psychological wellbeing in the post bereavement stage. Still, more remains to be done to spur productive discourse on death; for one, the government and its institutions have to spearhead a larger national dialogue through more visible initiatives.

While it was acknowledged that technology alone cannot solve all the problems that arise in our later years, there was also consensus among the speakers that we should not be afraid to continuously innovate and produce inclusive technology. Here, Mr. Goh shared that the Oversea-Chinese Banking Corporation is taking steps to empower senior customers, through activities such as workshops about its mobile banking services. The event closed with a poignant reminder by Ms. Ang, who urged attendees to express their love and gratitude toward their family members and loved ones

Echoing the broader discussion of what it means to live and die well, the event reiterated the necessity of die-logues – conversations about death – and raised awareness of how businesses can improve our end of life experiences. Just as businesses work to empower older adults, their family members, and caregivers to live a good life up to the very end, we must make end of life care our business too. 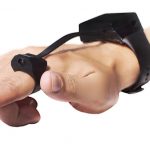 The Making of a Modern Aging Startup: FingerReaderUncategorized 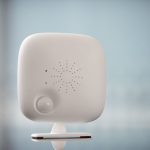 Spotlighting our previous awardees – where are they now? Featuring: SoundEyeUncategorized
X